As most of our users are aware, ManuSoft uses Crystal Reports to produce a lot of its printed output. Whereas earlier versions of ManuSoft produced very boring looking print outs – mono-spaced slabs of numbers in Courier New, dashes used for separating lines, etc. – since version 6.2 we’ve been steadily improving the look of our reports by using Crystal, where we can use many and multiple fonts, draw boxes, include graphics, etc.

As well as looking better, this also gives our users an opportunity to further customise our reports in ways that were not previously possible. We’ve also added the “MDBC Reports” menu to allow you create your own reports from scratch (or from one of the downloadable reports from our support site) and still run them from inside ManuSoft. ManuSoft provides automatically everything you need to run and view Crystal reports.

But to create your own reports, or to modify the reports that ManuSoft have provided, you need your own copy of the Crystal Reports program (and a licence for each user that you install the program for.) Many users will already have a copy, so it’s worth quickly running through the recent versions that have been released and how suitable they are for use with ManuSoft.

ManuSoft v6.2 used Crystal Reports v8.0 and then v8.5. We also used an optional feature called “Compiled Reports” in order to view the reports in ManuSoft.

With ManuSoft v6.3 we moved on to Crystal Reports v9. This was a big update by Crystal and was not “backwards compatible” with v8.5 an earlier. That is, if you created in a report in V9 of Crystal you could not open that report with v8.5 or earlier. This version of Crystal also required Windows 2000 or better to run as it now fully supported (and required) something called Unicode, which Windows ME/98/95 did not support.

When we came to release ManuSoft v6.4 Crystal Reports had moved on to version 11 (also known as “Crystal Reports XI”.) We made use of some of the new features in Crystal XI in reports like the Job Ticket, in order to allow drawings to be attached automatically to the print out. But Crystal XI (and indeed Crystal v10) were both backwards compatible with v9, thus if you already had a copy of Crystal Reports v9 then you could still create reports for ManuSoft v6.4 (so long as you didn’t need some of the specifically new features provided by v10 or v11.)

ManuSoft v6.5 continued to use Crystal XI as its “viewer”, so there were no real changes there. But new versions of Crystal have continued to be released, so let’s look at them and what they offer.

First, there was “Crystal Reports XI Release 2″. This was a relatively minor update of Crystal Reports, and indeed if you install this version and go into Help then About you’ll see it’s also referred to as v11.5. Because it was a minor update it has in fact been made available as a free upgrade for “Release 1″ owners from this location:

As it explains on the link, you just need to use your same licence code you got when you bought the Crystal XI product in order to install this updated version. Warning: It’s a big download, at just over 1Gb, and you’ll need plenty of free hard drive space to decompress the files before installing the program too.

I think there are some great new features in “Release 2″ which make it a worthwhile upgrade. Most importantly there is a “Find in Formulas” option, which is great for when you’re trying to locate all the possible places in a report where you reference a particular field or formula. The formula editor has also been improved with an “auto-complete” feature, which is pretty neat.

Finally, there is the recently released Crystal Reports 2008 (also known as version 12.) This version is still backwards compatible all the way back to v9, thus if you use this version of Crystal to modify or create your reports then you’ll be able to use those reports in ManuSoft v6.4 and v6.5. If you use a new feature that is specific to Crystal 2008 (and there aren’t many) then it will just be ignored when the report is displayed in ManuSoft.

Any version of Crystal Reports can be a daunting prospect. It’s a big and complicated (but also powerful) program. We try to regularly do introductory training courses on specifically using Crystal Reports with your ManuSoft data, and there’s also a basic introduction in the online help. Otherwise there’s always our telephone and email support where we’ll try to help out as best we can, so long as we don’t end up writing the whole report for you. A bit of Crystal support here and there is covered in your maintenance contract; writing customer specific reports are not, but we will hapilly quote you a price for designing any reports you can’t create yourself. Many users like us to do the hard work of creating the inital report, but then hapilly tweak it as needs change over time. 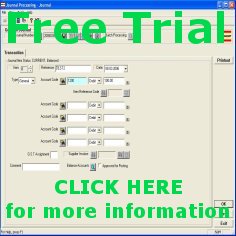 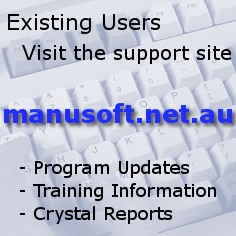 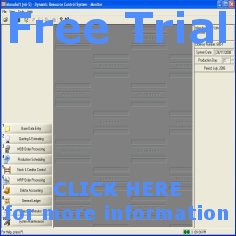 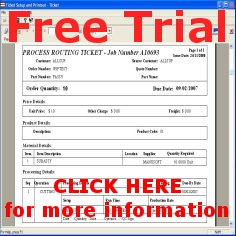 Manufacturing Software will be officially closed from the 16th of December 2021 to 3rd of January 2022. During this time the office number will redirected to a mobile but it may not be able to be answered straight away. Please leave a message. Email will still be checked regularly, but response times may be slower.

We wish our clients a safe and happy break and we look forward to continuing to work with them in 2022.